On 13 April 2009 a small group of amateur photographers took part in an exciting exhibition organised by PhotoCarrefour Abuja. It was my first time exhibiting my photographs and I was understandly nervous. We had captured our images a couple of months earlier at a local wrestling stadium. Below is my journal of my experience. 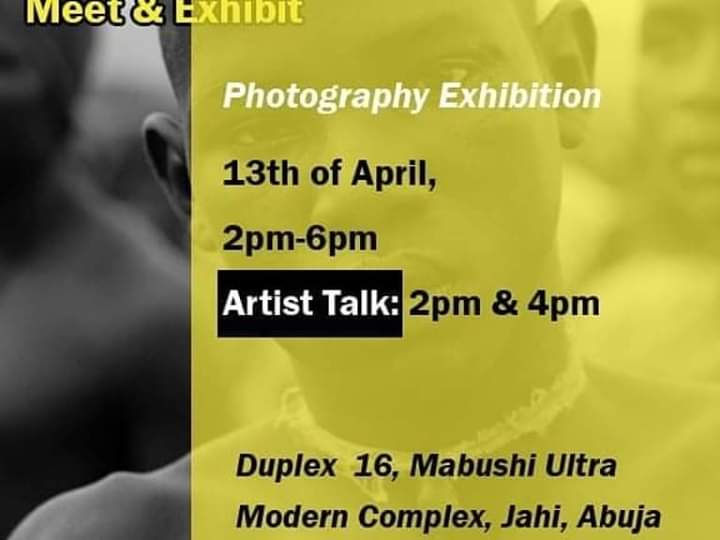 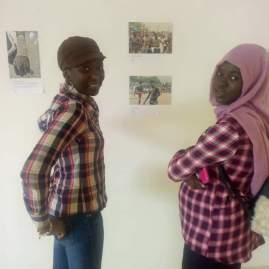 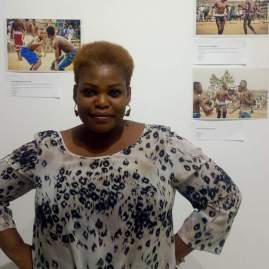 There is really no way to prepare for the noise from the arena’s various music spots. Several speakers are mounted. Two distinct sets of praise singers and their attendant talking drummers perform…simultaneously.

I wait patiently for the stands to fill up. I am interested in the audience, particularly the women and girls who will be in attendance. After about an hour, I spy a young woman making her way through the arena. She is well-dressed. Her eyebrows drawn in two severe slats that defy nature’s curves. I ask her if I can take her photo. She says no. “I don’t like it,” she says when I press further. She looks distressed. “Okay. Will you talk to me? No pictures.” She refuses. I back away. I am used to this.

The fighters arrive. The atmosphere is charged. The smells have changed from drying fecal matter to recreational smoke and perfume. More traders are plying their wares – sugarcane, sweets and suya. A DVD bootlegger takes up position right in the ring. A young boy struts confidently past me, flashing a broad smile, balancing a bucket of water satchets on his head. He poses for the camera, flashes another photographer a peace sign. He tells me he’s in primary five.

Lightweights take to the ring. The boys are enthusiastic. The older fighters spray water on the fighters in between bouts. As the sky darkens the crowd favourites come into play. Bigger, more experienced fighters take measured moves towards each other, prowling in the ring and then pouncing, each with one hand tightly bound with strips of cloth to form a club. They lunge and parry until the losing player is knocked to the floor after a brief tackle.

The winner of each bout receives blessings from the lead praise singers and certain members of the audience. Excitement runs the crowd as the champions take selfies with their fans. Night has fallen. I leave the venue thinking about the sport. When I was a child, it was irregular programming on television. Now, I’m hoping it will evolve from local entertainment to a national export. Dambe is a dance, a negotiation, and, most importantly, a fight.